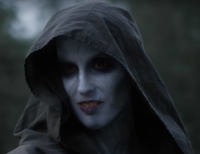 Death is a goddess in Fartherall. She is the oldest of the second generation of deities and the greatest strategist among them. The event "death" that ends a mortal's life is named after her because, in the First Age, she became the first deity to die. 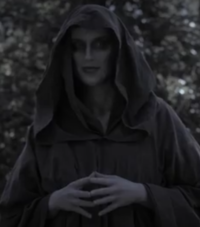