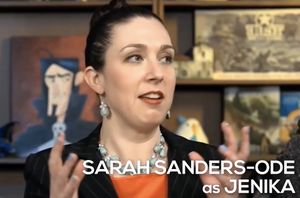 A Picture Worth A Thousand Years by Paxamo