Difference between revisions of "Sneering Ravens" 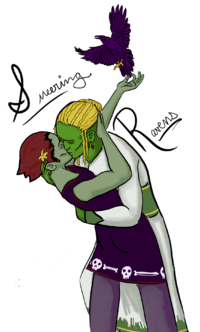 We put the romance back in Necromancer.

An internally divided yet unified clan of magicians, with sects that oppose and balance one another.