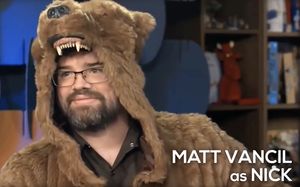 Back To Realities: Bjorn Bork

Where The Shadows Fall by Paxamo