Episode One Hundred And Seven: The Empire Strikes Bork 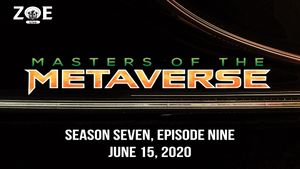 Things are still borked and its time for them to be unborked!

Crash sets about making a airplane factory for the borks as well as a tank for John Stone. Wyatt sets some traps as possible in preparation for the coming onslaught. Crash makes Andi a self propelled glider which she uses to drop glue bombs over the advancing army. The rest of the team sets up the village in their best after school fashion and attacks with magnets and glue traps. They bottleneck the army into the entrance of town...right into the sights of the tank. Which John Stone uses to rain bouncy ball destruction down onto his enemies. Andi flies in and out among the invading sentinels, attempting to throw them off. John Stone and Crash team up to first throw toasters at the sentinels and then spray them with a fire hose. Wyatt zips in and out, taking out kneecaps as he goes. The townsfolk join in with their bouncy ball machine guns. Andi throws another glue bomb into the final advancing group of sentinels. Crash and John use the powers of water and electricity to shut down the rest of the army, saving the village...for now. Wyatt gives a rousing press conference before the group sets off for the castle of the evil big bad. Reaching the castle, the group has to cross a large stone bridge to reach the entrance. They are about halfway across when the giant metal serpent emerges from the water...because of course. So Crash punches it in the nose and then gets swallowed. So John tries to get himself swallowed as well and succeeds. Andi tries to use her shield to wedge the armor open on the serpent, while Wyatt shoots it with a bow and arrow. Crash creates a snakenado from the inside while John heads to the stomach to create an upset stomach. Andi smashes the nostrils shut before jumping to safety as Wyatt shoots out the other eye. Crash now begins smashing it into the ground. John and Crash now get vomited out of the serpent, who then sinks into the water and out of sight. The group heads for the castle...and fall into a trap. Literally. And the walls are closing in. Literally. So Crash uses his powers to send the kinetic powers out into the world...breaking the trap. They are now in a small stone room beneath the castle. The walls are lined with cages of borks, bouncing and unsmiling. Strange machines are absorbing their powers, like Bork batteries. And standing there are the fallen Knights of Borkdom, including Betty, Bowie, and Blinky. Andi attempts to set the prisoners free while John Stone plays croquet with the fallen Knights. And at that moment...a musical number breaks out. The power of love and music helps inspire the fallen knights to turn from their path of darkness. At this moment, Billy Bork suddenly appears. He seems to have been the one in charge of this whole thing. While the others tempt him with a cinnamon bun, Wyatt sneaks over and shaves off his beard. Billy realizes the error of his ways and agrees to go to time out.