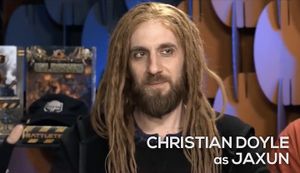 As a pilot, Jaxus has proven highly intelligent and resourceful, if a bit socially awkward; the technicians have had to repeatedly remind him that there is no need to enter the metapods naked.