Difference between revisions of "Metaverse:Marcus" 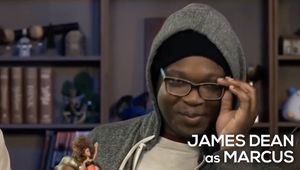 Previously known simply as The Operative, Marcus was brought in to assist the team during their time in Sentinel City. He was then seen again in the Kingdom of Yosemite before being attacked by a mysterious smoke monster which resulted in his metapod being damaged, as well as physical harm to his person. He was however able to make a fill recovery and join the team for their final attempt to extract the pilot, Nick Krieger. By his own admission, he was also forced into the Metapilot Project against his will.