Trapped in the bodies of superheroes, the team finds themselves unwitting contestants on America's hottest competition: "American Sentinel."  They are sent to protect a mall opening, but is there something else afoot...? 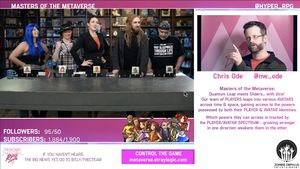